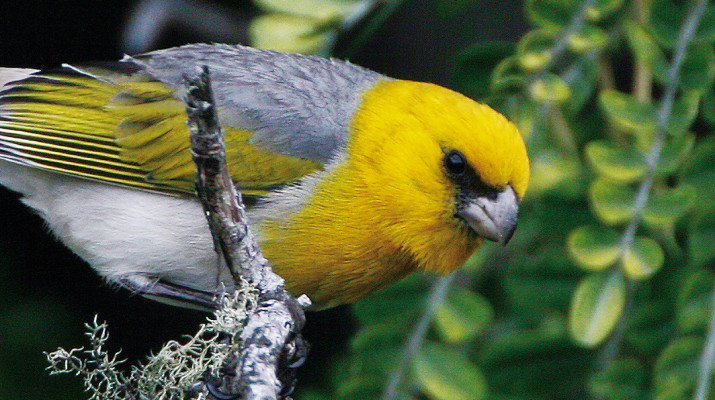 Hawaii was a paradise for native and migratory birds, but things are changing lately due to rapid urbanization and other threats adversely affecting the existence of many species. Hawaii is known to be a wonderland for its natural beauty and rich resources. However, if you take a closer look of this region now, one can realize that that it is one of the top destination on earth, which is home to the largest number of bird species under threat of extinction. Conservationists trying to save Hawaiian birds call this place as the ‘bird extinction capital’ of the world.

Almost about 95 out of 142 bird species used to be found at Hawaiian Islands became extinct since the time of human inhibition at this place. Now, another thirty-three out of the remaining 44 species of endemic birds are listed as endangered species and almost 10 out of these 33 haven’t been seen at this region for decades, which may have been extinct by now.

Many of the remaining birds as Akikiki, Maui Parrotbill, I’iwi etc. face various types of threats ranging from scarcity of nesting and feeding facilities to constant attacks by the invasive species. Apart from these, mosquito-borne and other non-native diseases too have a significant adverse impact on Hawaiian birds. A lot of species are found to be extinct as a result of diseases like pox and avian malaria spread by mosquitoes.

Many of the groups like ABC are struggling on a cause to preserve the endangered species of Hawaiian birds with a long-term commitment to save Hawaiian birds and the remaining natural habitats for the birds. A couple of species under threat are as below.

‘Akikiki is the Hawaii’s variety of nuthatch, which is a very active and agile bird hanging upside-down while pursues its prey. Akikiki is also commonly known with the name of Kaua’i Creeper, which is a classic variety of Hawaiian honeycreeper. You can see these birds foraging along the branches and tree trucks in groups.

Even though this was a common sight at olden times, you will find it so difficult to spot an Akikiki now as this species slip closer to extinction. An estimated less than 500 individual birds only exist now, and Akikiki is one of the most endangered species in the world.

You can hear them calling eerily at the remote mountains of Hawaii during nighttime. Black-capped Petrel also has the local name as ‘little devil’ and ‘diablotín’. It is one among the rarest species existing in Hawaii and is also one among the most secretive seabirds of Western Hemisphere.

Black-capped Petrel now faces the major threat of habitat loss of their breeding grounds. It is estimated than only less than 2000 pairs exist now, and the extinction of the species has started long back but was notified in 1963.

The future for Hawaiian birds

Most of the conservationist groups have given up on Hawaii as the situation seems to be so dire here. However, there are still many of the stubborn groups like ABC and individuals camp at this place by taking the task to save Hawaiian birds as their vow.